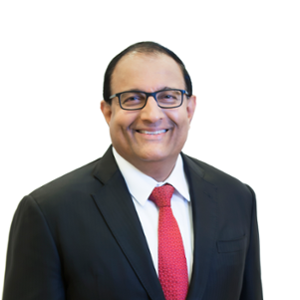 Minister for Communications & Information and Minister-in-Charge of Trade Relations

Mr S Iswaran joined the Singapore Administrative Service in 1987. He served in the Ministries of Trade and Industry (Industry), Home Affairs and Education, was seconded to the National Trade Union Congress, and later to the Singapore Indian Development Association as its first Chief Executive Officer. Mr Iswaran was Director for International Trade at the Ministry of Trade and Industry in the lead up to Singapore’s hosting of the WTO Ministerial conference in 1996.

He then joined the private sector, as Director for Strategic Development at Singapore Technologies Pte Ltd. Later, as Managing Director at Temasek Holdings, he undertook investments, takeover, buy-out and merger transactions in the pharmaceuticals, biotech, hitech manufacturing, transport and logistics sectors.

Mr Iswaran has been elected as a Member of Parliament in five General Elections since 2 January 1997. Prior to his Cabinet appointment in 2006, he served on several Government Parliamentary Committees, and as the Deputy Speaker of Parliament from September 2004 to June 2006.

Mr Iswaran is currently the Minister for Communications and Information, focusing on the development of the infocomm technology, cyber security, media and design sectors; the national library, national archives and public libraries; as well as Government’s information and public communication policies.

Mr Iswaran read Economics at the University of Adelaide and graduated with First Class Honours. He also holds a Masters in Public Administration from Harvard University. 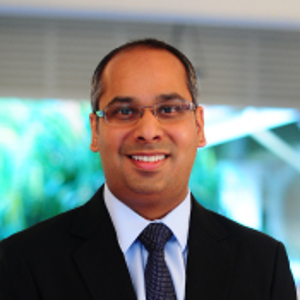 Dr Bicky Bhangu is President – South East Asia, Pacific and South Korea at Rolls-Royce where he is responsible for the regional strategy, external relations, and governance of the operational activities across the company’s key business sectors in the region – Civil Aerospace, Defence and Power Systems.

Bicky is the President of the British Chamber of Commerce Singapore. Actively involved in the advancement of Singapore’s aerospace, marine and high value manufacturing industries, Bicky is member of the Future Economy Council (FEC) Manufacturing Sub-committee. Bicky is the Council Member for Singapore National Employers Federation (SNEF) and is also the Vice President of Singapore Manufacturing Federation (SMF) connecting and promoting SME business opportunities with the region and beyond. Supporting regional growth, Bicky is serving as the Board of Director for Malaysian Industry-Government Group for High Technology (MIGHT).

Bicky is an Adjunct Professor at the Nanyang Technological University, He has a BEng in Electrical and Electronic Engineering from the University of Nottingham, an MSc in Control Systems, PhD in Advanced Machines and Drives from the University of Sheffield and an MBA in Technology Management. He is a Chartered Engineer and Fellow of the Institution of Engineering Technology (IET) and Fellow of Royal Aeronautical Society (RAeS). 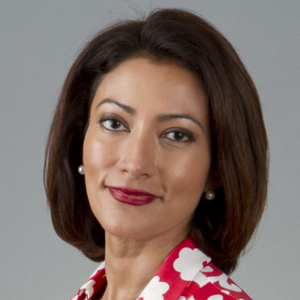 Sharanjit Leyl is a Singaporean producer and presenter for BBC World News.

She regularly anchors Asia Business Report and Newsday from the BBC's Singapore studio. She is also a reporter and producer on these shows along with World Business Report.

She has filed reports for radio on the BBC World Service business and arts programmes and written features for BBC news online.

Sharanjit began her broadcasting career at the Canadian Broadcasting Corporation in 1997. While there she reported for the award-winning show The Pacific Rim Report. While in Canada, she covered the protests and subsequent police brutality against students who were pepper-sprayed at the APEC summit that took place there in 1997.

She returned to Singapore in 1998 to file reports on the Asian financial crisis for CBC. She joined financial news service provider Bridge Information Systems where she wrote for its newswires on foreign exchange movements in the aftermath of the crisis. She also provided daily television and radio updates on currencies and equity movements in South East Asia.

She was approached by Bloomberg Television in 2000 and moved to its headquarters in Tokyo. There she presented its main three-hour newscast On The Money Asia, reporting on breaking financial stories as well as major news events such as the US-led invasion of Iraq in March 2003.

She also anchored a weekly lifestyle and culture segment from Asia. As one of the first main anchors for Bloomberg's Asia Pacific headquarters, she played an integral role in editing and influencing the content of its programming.

Sharanjit Leyl joined BBC World News in September 2003 and has since reported and presented from places as far afield as Pakistan, Tokyo and London.

Her noteworthy interviews include heads of state ranging from Thailand, Pakistan, the Philippines, New Zealand, and East Timor, former prime ministers of Australia, Malaysia and Singapore, presidents of the World Bank and the IMF, and chief executives and chairpersons from various Fortune 500 companies ranging from Microsoft to Walmart.

Born in Singapore, Sharanjit moved to Washington DC in her teens with her family, where her father was a diplomat. There she earned a degree in both journalism and English literature from The University of Maryland College Park. She then moved to Vancouver, Canada where she completed a Masters degree in English literature at the University of British Columbia which focused on post-colonial writers such as Salman Rushdie.