The British Chamber of Commerce Singapore is an independent membership organisation committed to helping strengthen the ties between the UK and Singapore. We have done so since 1954.

Whether you are just starting your research into ASEAN by scoping the market opportunities in Singapore, have established your business and seeking growth, building connections to the UK Government, or looking for brand exposure and employee development opportunities, the Chamber is here to support your needs at every stage of your journey.

With a full calendar of activities throughout the year including events, publications and opportunities to collaborate with our members, the Chamber team is available to help as a point of resource, introductions, networking, learning and profile-raising.

Our goal is to deliver Member Value through the services we offer that all work towards supporting our members in achieving your business objectives and aligning with our Mission of Building Networks, Connecting Businesses, and Creating Opportunities.

All benefit from our leading position as a strong and credible voice for our members and British businesses in Singapore and beyond.

Add this event to any of these calendars

Building a sustainable infrastructure — how can it be scaled up to be commercially viable?
Road to Net ZeroEnergy and UtilitiesSustainability
About the WebinarSpeakersPartnersCommunity

WHY YOU SHOULD ATTEND

The move to a more sustainable world is gaining momentum. Two key elements to accelerating that transition are technology and financing.  Sustainable infrastructure, particularly related to energy, is the backbone of the transition.

﻿Ultimately, sustainable infrastructure will only be successful if it is commercial viable and commercial attractive.  This will drive innovation, investment and financing.  How can it be scaled up to be commercially viable?

We have an excellent panel of speakers who are at the leading edge in the transition to sustainable infrastructure.

WHAT YOU WILL LEARN

This topic impacts everyone. It is especially beneficial for attendees who are involved in building, financing, contracting and regulating infrastructure across the region. 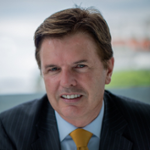 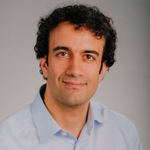 Head of South East Asia at The Carbon Trust 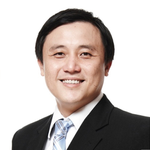 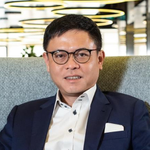 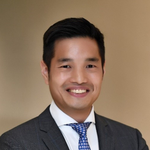 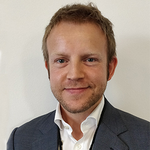 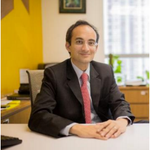 Chairman at Shell Companies in India

Mark is the co-Chairman of the Energy and Utilities Committee and co-Chairman of the Sustainability Committee at Britcham Singapore. He is involved with the Development and Construction Equity funds of Climate Investor One, a renewable energy fund, and Climate Investor Two, a water fund. These funds are backed by the various Development Finance Institutions, such as the EU, as well as institutional investors. The funds’ mission is to support renewable and water projects in Asia and Africa where funding might otherwise be difficult. Mark moved to Asia as an investment banker with Rothschild and has lived between Singapore, Jakarta and Hong Kong involved in mergers and acquisitions and capital raisings across the region. He was with Rothschild for 23 years and had a focus on energy and infrastructure. He also holds a number of directorships.

Head of South East Asia at The Carbon Trust

Will’s main focus for the past two years has been the design and delivery of the energy efficiency component of the UK Government’s £15m ASEAN Low Carbon Energy Programme (LCEP). This three-year programme is focused on opening green finance and energy efficiency markets in ASEAN with outcomes including strengthened policy and regulation, an improved business environment, and a robust pipeline of investment-grade projects.

He was responsible for assisting Singapore-based companies from the environment and infrastructure solutions industries with their ventures into strategic high growth markets such as China, India, Vietnam and Indonesia. His focus sectors include water and waste management, renewables and conventional energy. He also champions the export of urban solutions to markets currently undergoing high urbanisation development.

The Co-Founder of Sunseap Group, Lawrence is an entrepreneur at heart with more than 18 years of experience in investment banking/corporate finance and currently holds directorships in several companies and start-ups dealing with clean energy, IoT/connectivity solutions and venture capital. Prior to founding Sunseap Group, Lawrence held appointments at DBS Bank (Vice President), Macquarie (Vice President) and BNP Paribas (Director). Lawrence received the Entrepreneur of the Year Award (EYA), which honors local entrepreneurs who have shown outstanding performance as business owners in their respective industry fields.

As President of the Sunseap Group, Lawrence spearheads the group’s efforts in capital raising. He played a vital role in raising the requisite funding for the group and helped put in place the capital structure required for its Solar Power Purchase Agreement (PPA) projects. These efforts helped set the foundation for the group’s subsequent projects.

Lawrence is also a Co-founder of TRIREC Pte Ltd, an investment firm focusing on global opportunities in the areas of renewable energy, clean technology and sustainability, as well as a Director in Skylab Holding, a start-up in the IoT, connectivity and cloud solutions that owns several patents and is recognized as one of the most promising companies in the SG:D Techblazer Awards in 2018.

Lawrence graduated from the Nanyang Technological University with First Class Honours in Accountancy in year 2000 and is both a Certified Public Accountant (Singapore) and Chartered Financial Analyst.

Ted is the Chief Operating Officer of Clifford Capital Pte. Ltd. As COO, Ted oversees operational and administrative matters for Clifford Capital and supports the CEO in coordinating activities across business functions. Ted is also a part of the infrastructure team with responsibilities for client coverage, and deal origination, structuring and execution.

He has over 12 years’ experience in infrastructure financing and investment with roles at the Challenger-Mitsui Emerging Markets Infrastructure Fund and Macquarie Group.

Ted holds a Bachelor’s degree in Management from the London School of Economics and is a Chartered Alternative Investment Analyst.

Tom Moody oversees the UK Government’s climate change and low carbon energy strategy in the ASEAN region, and mobilisation of regional policy, development programming, and commercial work to deliver it. This includes directing the UK’s network of climate change and policy attaches across SE Asia, which carry out policy advisory and engagement to lay the ground for a successful COP26 for the region. Before joining the work in SE Asia at the start of July, he spent nearly 4 years in South Africa, overseeing HMG’s £50m portfolio of Prosperity Fund programmes of technical assistance in the South Africa region. His career to date has covered foreign policy, education, justice, and police accountability and standards.

Chairman at Shell Companies in India

Nitin Prasad is a dynamic and accomplished business leader with 20+ years of cross-cultural professional experience spanning industries from technology to energy and geographies from USA, Singapore to India.

Nitin has won numerous awards and recognitions – Prince Micheal Road Safety Award, Fortune 40 under 40, Economic Times – Spencer Stuart 40 under 40 and Business Time 25 hottest young executives amongst others. He has a proven track record of managing large diverse global teams, developing/implementing strategy, innovating and leading change across cross-functional and multi-jurisdictional roles. Nitin is passionate about Shell’s purpose of ‘powering progress together for more and cleaner energy’ and is a strong believer in collaborations and partnerships being key to solving climate change and other global systemic challenges.

In his current role since October 2016, as Chairman of Shell Companies in India, Nitin has governance oversight over all of Shell’s companies and investments into India as well as being a director in several of the operating companies and JVs. He has developed Shell India’s response to energy transition and climate change including leading business development through strategic partnerships for new climate resilient sectors such as Electro-Mobility, Bio-Products, Renewable Power, Energy Access, Industrial Decarbonization and Chemicals. Nitin is also responsible for building Shell India’s talent base, community programs and its reputation with the full range of external stakeholders incl. Government, Industry Bodies, Foreign Embassies etc. He has authored several articles, been extensively featured in numerous climate and energy conferences and is frequently referenced or quoted in the media.

Nitin is the CII Chairman of the Air Quality Task Force and Co-Chairman of the Hydrocarbons Committee. Nitin also serves on the FIPI Governing Council, USIBC Advisory Committee, India2022 Executive Committee and is an active participant in several other forums. He is also one of the co-founders of the recently created Industrial Decarbonization coalition.

Prior to his current role, Nitin was the Managing Director for Shell Lubricants for the cluster of India, Sri Lanka and Bangladesh, leading the significant turnaround of a historically underperforming business.

Previously Nitin has held other roles in Shell across verticals of strategy, marketing, project delivery and supply chain in geographies of APME, APACMEA, China, South East Asia and USA.

Prior to Shell, Nitin was a part of Altera Corp based in the Silicon Valley, starting new product lines and commercial businesses. During this time, he received 10 patents and developed several new flagship ventures.

For Members & Staff of the British Chamber Global Network

Connect with 46 people attending this event 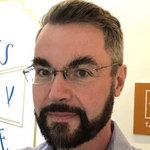 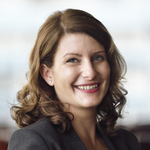 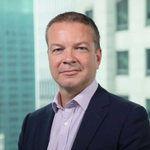 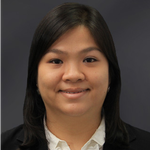 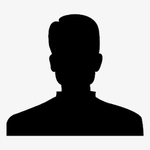 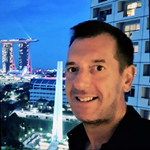