The British Chamber of Commerce Singapore is an independent membership organisation committed to helping strengthen the ties between the UK and Singapore. We have done so since 1954.

Whether you are just starting your research into ASEAN by scoping the market opportunities in Singapore, have established your business and seeking growth, building connections to the UK Government, or looking for brand exposure and employee development opportunities, the Chamber is here to support your needs at every stage of your journey.

With a full calendar of activities throughout the year including events, publications and opportunities to collaborate with our members, the Chamber team is available to help as a point of resource, introductions, networking, learning and profile-raising.

Our goal is to deliver Member Value through the services we offer that all work towards supporting our members in achieving your business objectives and aligning with our Mission of Building Networks, Connecting Businesses, and Creating Opportunities.

All benefit from our leading position as a strong and credible voice for our members and British businesses in Singapore and beyond.

Add this event to any of these calendars

Sustainable Investing, Investment Biases & Pitfalls
Road to Net ZeroFinancial and FinTechWomen in Business
About the WebinarSpeakersCommunity

WHY YOU SHOULD ATTEND

Join us for this special event, co-organised by our Women in Business and Financial & Fintech Committees as they cover the considerations of investing your money with purpose.

We will try to inspire you to use your money in merit of the UN Sustainable Developmental Goals – consider it a call to action to end poverty, protect the planet and ensure a more equitable world.

﻿For more on our Road to Net Zero activities, visit https://netzero.britcham.org.sg/​

WHAT YOU WILL LEARN

You will learn to add a dimension of understanding how your personal investing and consumption decisions can make an impact in the world we live in.

Whether you are a first time or seasoned investor, there are always blind spots or useful tips that you can add to your repertoire of knowledge to enable you to discern better between investments. 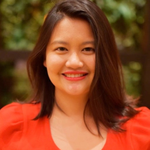 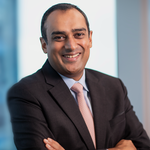 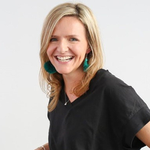 Former Banker and Head of Capital at Antler 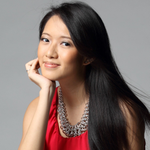 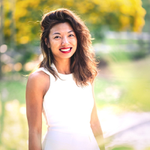 Virginia Tan is the founding partner of Teja Ventures, the first gender lens VC fund for emerging Asia. As a pioneering thought leader for gender and technology in Asia, she founded She Loves Tech, the world’s largest startup competition for women and technology. Virginia Tan is also the founder and former president of Lean In China, one of China’s leading nonprofit platforms for women with over 100,000 members across more than 25 cities and 100 universities in China, which supports the goals and aspirations of Chinese women.

Virginia's background is in law and finance, having worked in Europe, Middle East, Asia, Africa and South America for 2 magic circle firms Clifford Chance and Allen and Overy. She specialised in emerging market investments and has covered more than USD 30 billion of transactions in the course of her career. She moved to Beijing in 2013 to work on strategic investments related to the "One Belt One Road" initiative.

In 2020, Virginia was selected by the Rockefeller Foundation as one of 8 Next Generation Leaders for its Beijing25+ Summit in 2020 and made Singapore’s 100 Women in Tech inaugural list. She was named by Fast Company as one of 100 most innovative people in business in China and by Prestige as one of Singapore's 40 under 40 in 2019, and as a Global Shaper by the World Economic Forum in 2014. Forbes as hailed her as "removing barriers to global womens empowerment and Fast Company has named her "the Hua Mulan of the business world”. Her work has been featured by leading media such as Forbes, Bloomberg, Financial Times, BBC, China Daily, CCTV, Straits Times, VICE etc. She has spoken at some of the world's largest corporations and leading institutions such as Alibaba, Baidu, Bloomberg, Dell, Disney, DSM, General Electric, Google, P&G, HP, Medtronic, Peking University, Tsinghua University, Columbia University, UNICEF, UN Women, World Economic Forum, Milken Institute, etc.

Sudeep Sarma is a Managing Director at Startup-O, a global technology venture platform based in Singapore which discovers, invests and scales promising technology ventures. At Startup-O, he focuses on helping ventures to scale their businesses across borders. Prior to Startup-O, Sudeep was most recently a Managing Director at Barclays Investment Bank, where he held a number of roles including: Global Chief Operating Officer for Research; and Head of APAC Research. Sudeep has also worked at Boston Consulting Group and Aviva plc.

Former Banker and Head of Capital at Antler

Andrea is a Partner within Antler’s global team. Her specific mandate is to drive the strategy and execution behind securing capital for Antler and it’s portfolio companies globally. Andrea is a senior financial services professional with a diverse 18 year international career across 3 different jurisdictions and multiple disciplines. Prior to joining Antler Andrea was an Executive Director at Goldman Sachs Investment Management Division where she was responsible for the investment management needs of clients across all asset classes. Before joining Goldman Sachs, Andrea spent over a decade at HSBC in various capacities ranging from designing and executing corporate strategy globally, leading selected M&A activities and undertaking investment and client management activities. Andrea is an Honours Law Degree holder and a Fellow Chartered Accountant having trained with KPMG as her first professional mandate. Andrea has lived in Singapore for 9 years and is a proud mother of 6-year-old twins.

Dr Elaine Kim is a medical doctor and entrepreneur. She is the co-founder and CEO of Trehaus, an integrated co-lifestyle space for families with a preschool, office space/ business club with creche, and family club. Trehaus School is a Silicon Valley-inspired preschool and childcare that is changing early education, focuses on building character and future skills, and lets parents be present for their children’s learning journey.
Prior to taking the helm at Trehaus, she was the CEO of CRIB, a social enterprise she co-founded to empower women to become successful entrepreneurs through networking, co-founder and investor/start-up matching and training and equipping of female founders. Her experiences inspired her to start Trehaus and provide a solution for other working parents to find work-life integration, pursuing successful careers and businesses while prioritizing family and not missing out on their children’s’ precious, formative first years.
After a decade as a doctor caring for terminally ill patients, she continues her involvement in palliative care through her work with the Singapore Ministry of Health Ageing Planning Office and remains involved in various charitable causes, especially through the philanthropic arm CRIB Gives Back that she launched at the helm of CRIB. She is married to venture capitalist John Kim of Amasia VC and they have 3 young children.

Wanying is Co-Chair of Women in Business at the British Chamber of Singapore. She is a Relationship Manager of Bank Julius Baer and founder of the Women@JB, women’s network of Asia Pacific at the Bank. She has been in private banking since 2007 servicing UHNW Europeans and Asians. In 2016, she took a sabbatical year and volunteered six months with CRIB, a social enterprise dedicated to female entrepreneurs and worked six months in Canopy, a fintech aggregator. Her mission is to use her vocation to steer financing to wherever it matters for a more equitable world. She is a proud mother of three.

For Members & Staff of the British Chamber Global Network

Connect with 40 people attending this event 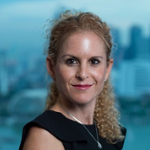 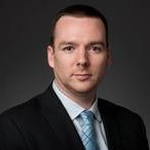